Not A Good Morning- A Move

This whole week has been trying on me. Every time I think I have accomplished one hurdle three more pop up. Today was no different. One of my issues this morning was that my blog no longer has photo space ( already). I refuse to purchase more photo space so have begun yet another blog as www.onesimplefarmgirl2.blogspot.com. Thank-you for your patience.
Posted by simplicityinthemaking at 11:11 AM 19 comments:

Friday night I began smocking the dresses for the flower girls at my daughters John Deere Wedding.When I think of all the beautiful, lacy dresses with hundreds of hours spent smocking these dresses in the past, the idea of picture smocking farm scenes just seems appalling. But this is what I am doing.

The dresses are a very fine green gingham, 1/8 inch squares to be exact. I found the fabric...........well the fabric screamed out to me and was on the 40% off rack until the end of October. I bought enough for my granddaughters who are in their mom's wedding and thought well if daughter doesn't like I will smock them anyway for summer dresses.

Daughter did like them and this is the smocking plate I am using......

with some changes. The corn is going and I am making sunflowers instead. There are two babies in this wedding coming down the isle in wagons. I cannot smock this depth of rows on a baby dress. So the two babies will have sunflowers smocked across, which I have yet to figure out what I am doing, but that is for a later date. I also am not doing the cabbages below the tractor. One dress is a size three, and 16 rows is quite deep for a small child. 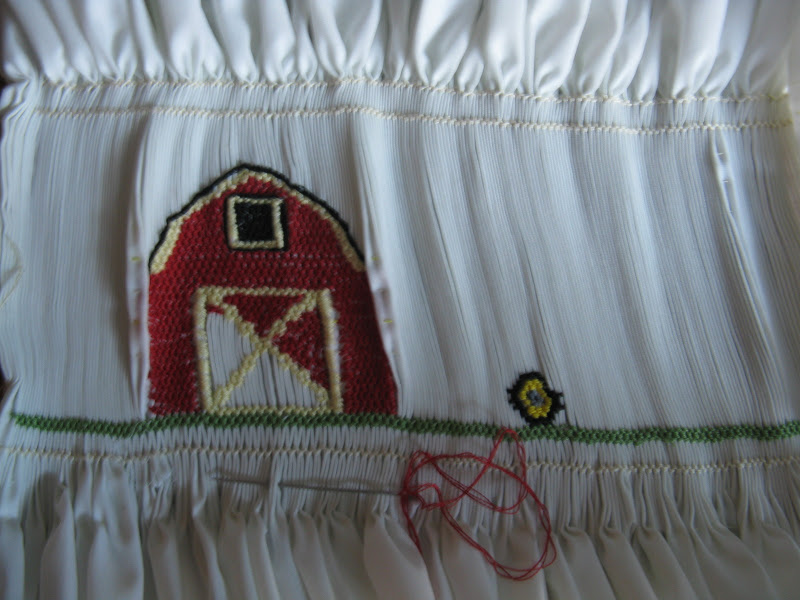 This believe it or not is 6 hours of pleating and smocking. Picture smocking takes a lot of time. Note the barn door to the right of the large 'X'? Well I mucked it up last night and tonight tore this whole section out and redid it. 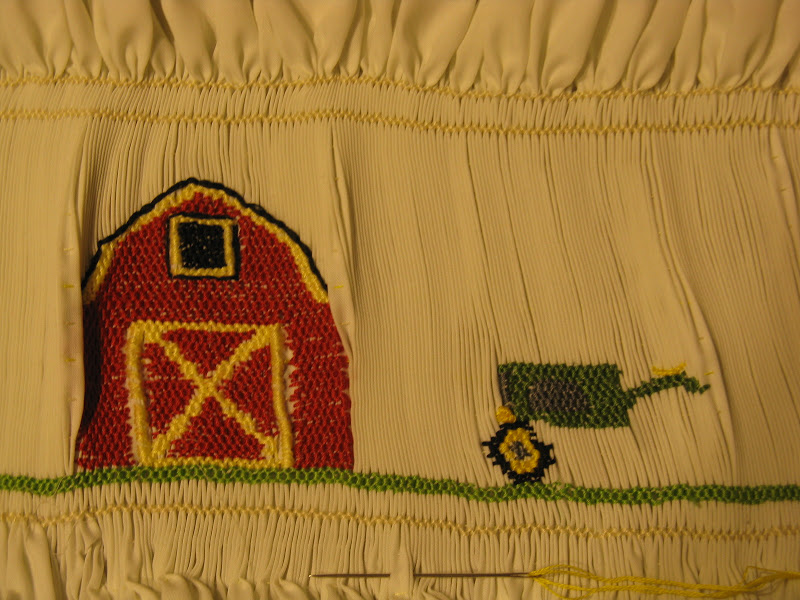 This is how far I am at bedtime tonight. Eight hours of smocking. The barn still needs outline stitches in black, which I will do when I have black on the needle for the tractor. So far the wheels have been the biggest challenge. I will start with the big tractor wheel tomorrow.

This afternoon on my way home from the city, I stopped at a friends house because she has been missing in action the last three weeks. She had breast cancer two years ago and I was worried about her. So I dropped in. She was fine, just on new medication that makes her feel awful. Now this lady always meets you at the door or outside, never asks you in. Well today she did ask me in. Said she had fabric she has been wanting to give me but couldn't get to it in the closet. Could I help? Okay now I thought she meant she couldn't reach it in the closet and my tall stature could! Was I wrong!! She is a hoarder!!! Couldn't get to the closet. I must have moved 20 boxes into the hallway to get to the closet. Good news was I came home with enough fabric to make myself 8 skirts and two dresses and the lining. I  felt totally dirty when I came out of there. I stripped at the door of my kitchen and threw my clothes in the wash, and then washed all the fabric. Yuck! How on earth can people live like that? Needless to say, it made my house seem really clean and smelling nice ( food in the slow cooker helped), and gave me this desire to want to clean. Hope that desire lasts into tomorrow!


Posted by simplicityinthemaking at 11:18 PM 5 comments: 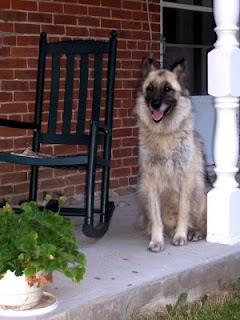 The puppy pictures of him are all glues into my farm log book and I would have to scan them in. Too much work! But here he is at about 10 years of age and here he is now. 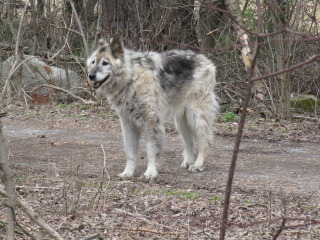 Looking less like a Shepard and more like a wolf.
He is 60% wolf or so the vets tell me, and a remarkable stature which is why he has lived so long, that and being spoiled. The girls here call him " Mom's suck!". 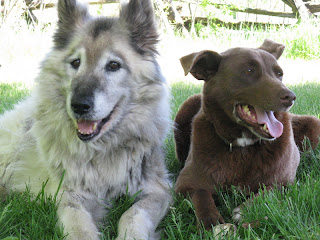 Shepard's have a lower hip line and get terrible hip displacer. George now at 16 has a wavering hip and no long will go on long walks because it hurts. But he does not have these hip issues, because I am told he is wolf. 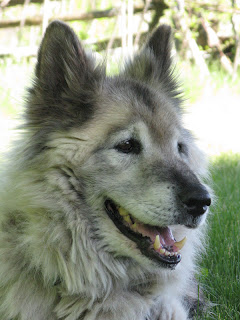 I bought him from the human society when he was 4 months old. I was to be his third owner already. I had to sign a waiver saying I would not return him. the lady at the Human Society kept telling me " You know how big he is going to be?" I said yes I knew, but that was what I wanted. I had a passion for German Shepard's and I needed him to protect my children from bears and wild animals here on the farm. It is comforting to know that they were protected wherever they went on the farm.

As a puppy he proved to be hard work. Oh he never messed in the house. Him mom had trained him to do his business in the woods. But lamb ears were something to be chewed and if you wanted a drink, suck on a cow teet, free meat in the hen house. Oh the fun and games of it all! He never would play ball, or stick. He would look at you like you were mad to ask him to go get it. He would never pull a sled like my girl Shepard's before him. No he was content to herd dairy cattle into the barn at night time and get them all roiled up so they wouldn't milk. He was lucky I didn't kill him the first two years. But over time a ewe butted heads with him and it hurt. He then slept with the sheep rather then try and eat them. My nastiest of Herefords kicked him sky high one morning ( I saw it) and that was his free milkshake days over. Going after a chicken meant mom chasing him with a baseball bat. No more chickens for him. Although it took him 12 years to forget that porcupines put quills all in your face.

That said he loved the kids. Walked everywhere with them. Protected them from strangers that came on the farm. The milk truck drive and the oil truck drive carry dog cookies with them. The Hydro man still hocks the horn, won't come out for fear of him.

These days he sleeps most of the day. He walks with me to collect the mail at the end of the lane. Follows me into the garden and sleeps while I work .

He is deaf, and his eye sight not what it use to be. He no longer barks, he circles 20 times the spot he is going to lay down in and usually falls outside that ring. I think he has dementia as well. But like an old man, you just want to hug them.

George is 16 today. the longest I ever had a dog.

Posted by simplicityinthemaking at 8:17 AM 5 comments:

I am throwing a baby shower for a young mom in December. There will be about 50 women invited to this shower. I needed an inexpensive way to invite all these ladies. It took me a week of thinking and browsing ideas on the Net and coming up with something affordable.
This is what I came up with. 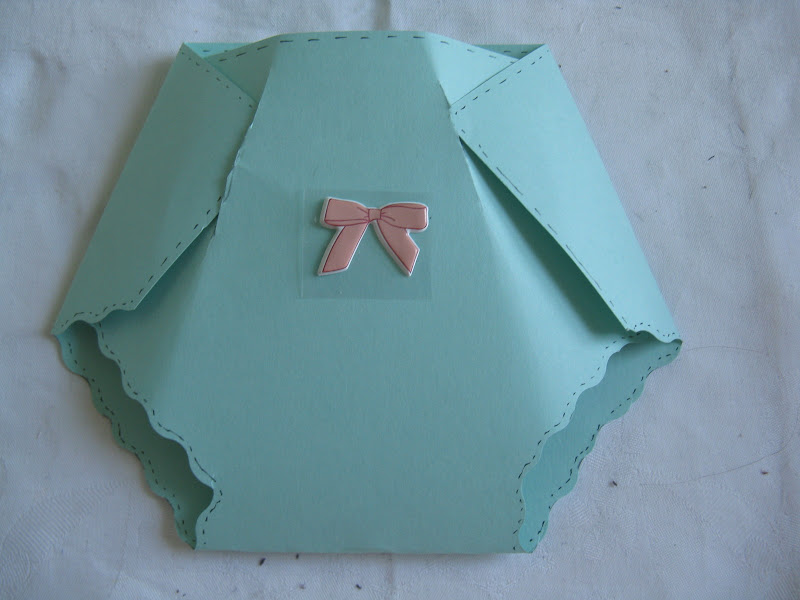 I haven't applied the sticker yet because this invitation is my template for the rest.

I bought 50 sheets of pastel coloured paper at Micheals that came to $2.22 after the 40% off coupon and taxes.

The stickers, which I really wanted something a little bigger but was not in the budget came to $7.68 at 50% and taxes. I got 56 stickers for this price. 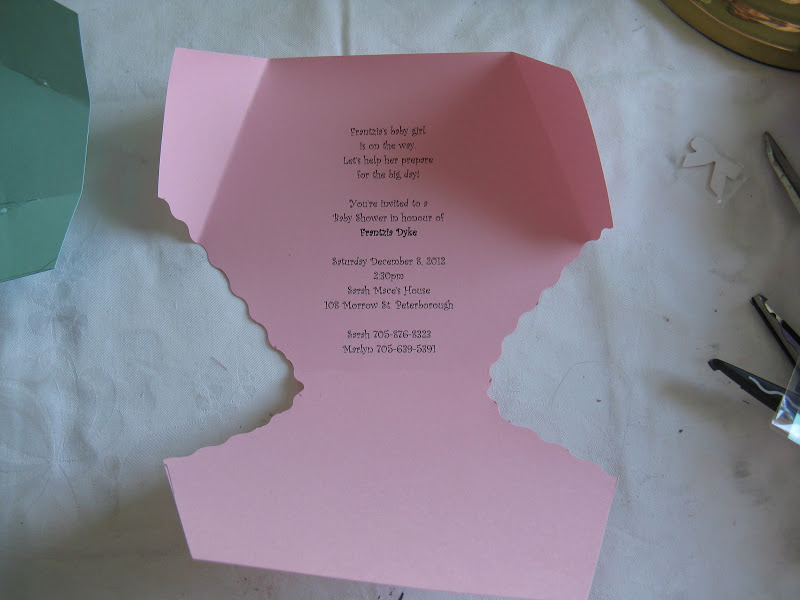 The invitations were printed on the computer with all the information.

Last night I cut 14 of them out. It is going to take time, and then to draw stitch lines on them all. I however won't need envelopes as I can write the names on the back side and can hand them out.
Posted by simplicityinthemaking at 9:53 AM 3 comments:

Groceries this week turned out to be a little more then I expected and the only meat I bought was hot dogs which goes into a winter stew recipe I have. At $1.00 I couldn't justify NOT getting them,and ground beef which is already made into dishes for later this month. The good news is I have everything for baking to get us through to mid-January. I have enough Shoppers points to buy milk/ cheese and anything needed to fill this months budget.

The grocery flyers came out yesterday for next week. There is NOTHING I see on sale or specials I need to get. So next week will be a fruit week,( and dog food) for me. I think I can make this month okay. I noticed prices have jumped. people will pay anything at the holidays! I also noticed more pre-made items in the flyers.

Went to Super Store with my rain checks of ground beef yesterday and they have none in stock.........still! I shall use them in December with a new budget. That said I don't shop much in December. I can't tolerate the amount of stuff that meets the eye. It gives me anxieties, like I need to get out. Items are piled high and there is way too much on the floor. Walmart is the worst! Superstore is getting there right now with their Insiders Report items. 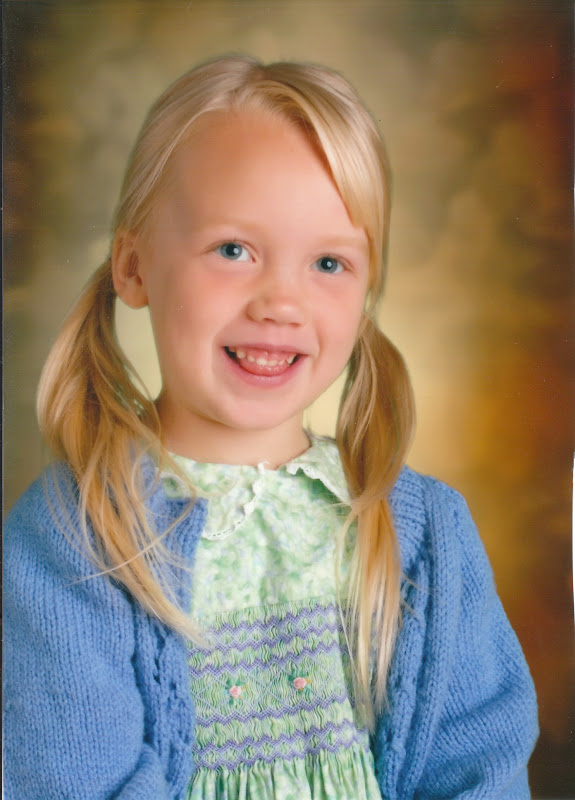 My four year old. Her Montessori picture.
Posted by simplicityinthemaking at 9:09 AM 6 comments: 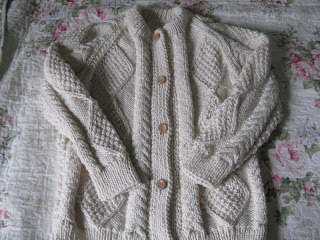 I made this sweater for my four year old way back in the spring. Then tucked it on the shelf in my closet. Last week I found it and noticed I had not put any buttons on it. Got some yesterday.............finally. Now she can wear it! 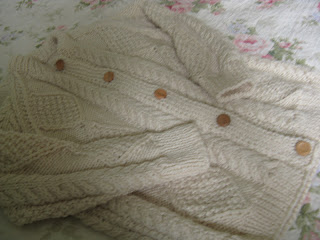 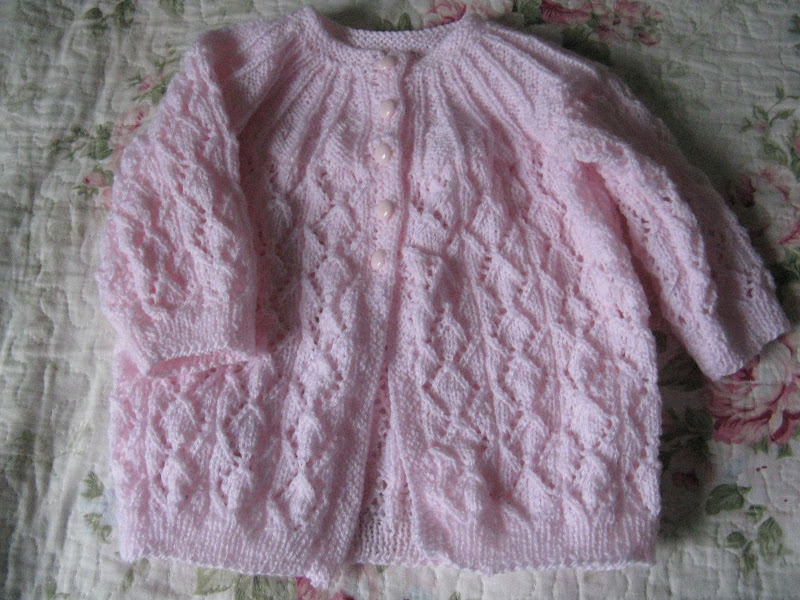 I finished knitting this little sweater for my third granddaughter two weeks ago, but finally purchased the buttons for it yesterday. It is 6 month sweater which turned out quite nice.
Posted by simplicityinthemaking at 1:56 PM 9 comments: 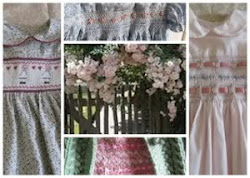 A journal of things happening on the farm. Simple things that keep us going and keep me happy. 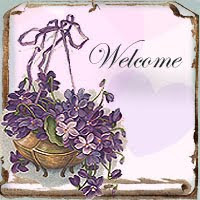 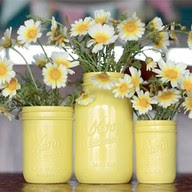 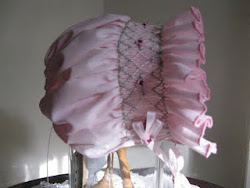 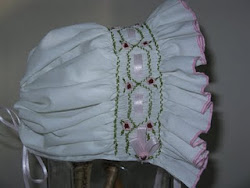 "Nothing should be wasted on the self-sufficient holding. The garbage collector should never have to call"
John Seymour 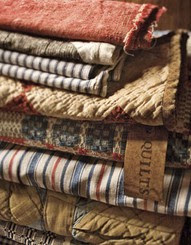 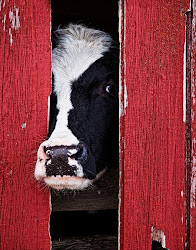 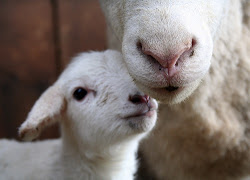 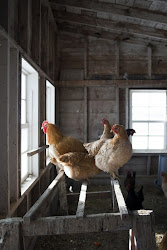 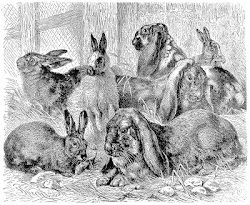 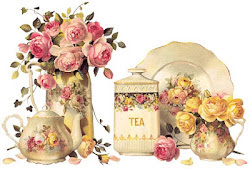 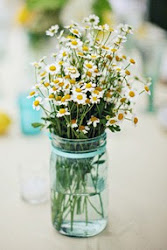 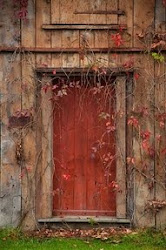 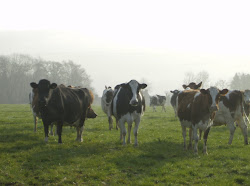